How to Triple Your Amazon Affiliate Commissions with Link Displays

Learn how Matt was able to increase his affiliate revenue from $40,000 to $140,000 in a single year, using Lasso link displays.

Candice Elliott • January 26, 2022
When you buy through links on our site, we may earn a commission. Learn about affiliate disclosures.

Matt Giovanisci runs a site called Swim University about pool and hot tub maintenance that he started in 2006. It averages 400,000 monthly visitors.

About 70% of the site’s revenue comes from affiliate marketing, which earns roughly $24,500 a month. 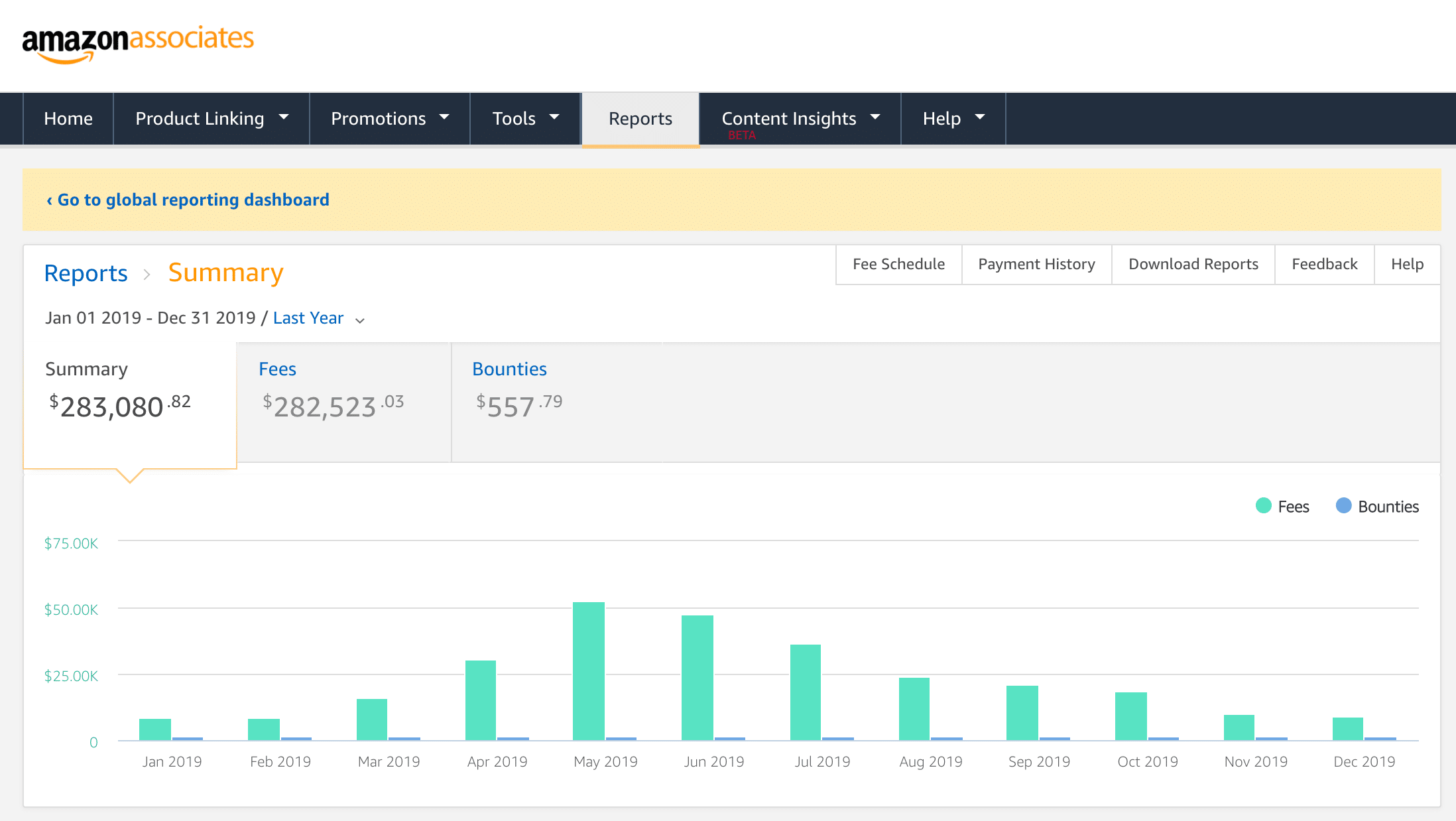 Matt has been working in the pool industry since he was thirteen years old. His first summer job was at a local pool store in his hometown, and he stayed with pools ever since.

Many years later, after he learned website design, Matt created Swim University while working as a marketing director of another larger pool company.

Now, Matt has a team of four people who help run his site. But affiliate marketing has always been a crapshoot.

He started managing affiliate links with SimpleURLs, similar to the way Andrew at Listen Money Matters did.

It was straightforward and good for what it was. But over time, our needs got more demanding, and this plugin wasn’t cutting it. Plus, I wanted to display links in product boxes, and SimpleURL didn’t do that.

He and his team had to manage all their links with a combination of SimpleURL and a massive spreadsheet they had to update every month.

For the longest time, Swim University only had text links (not the displays Matt wanted). 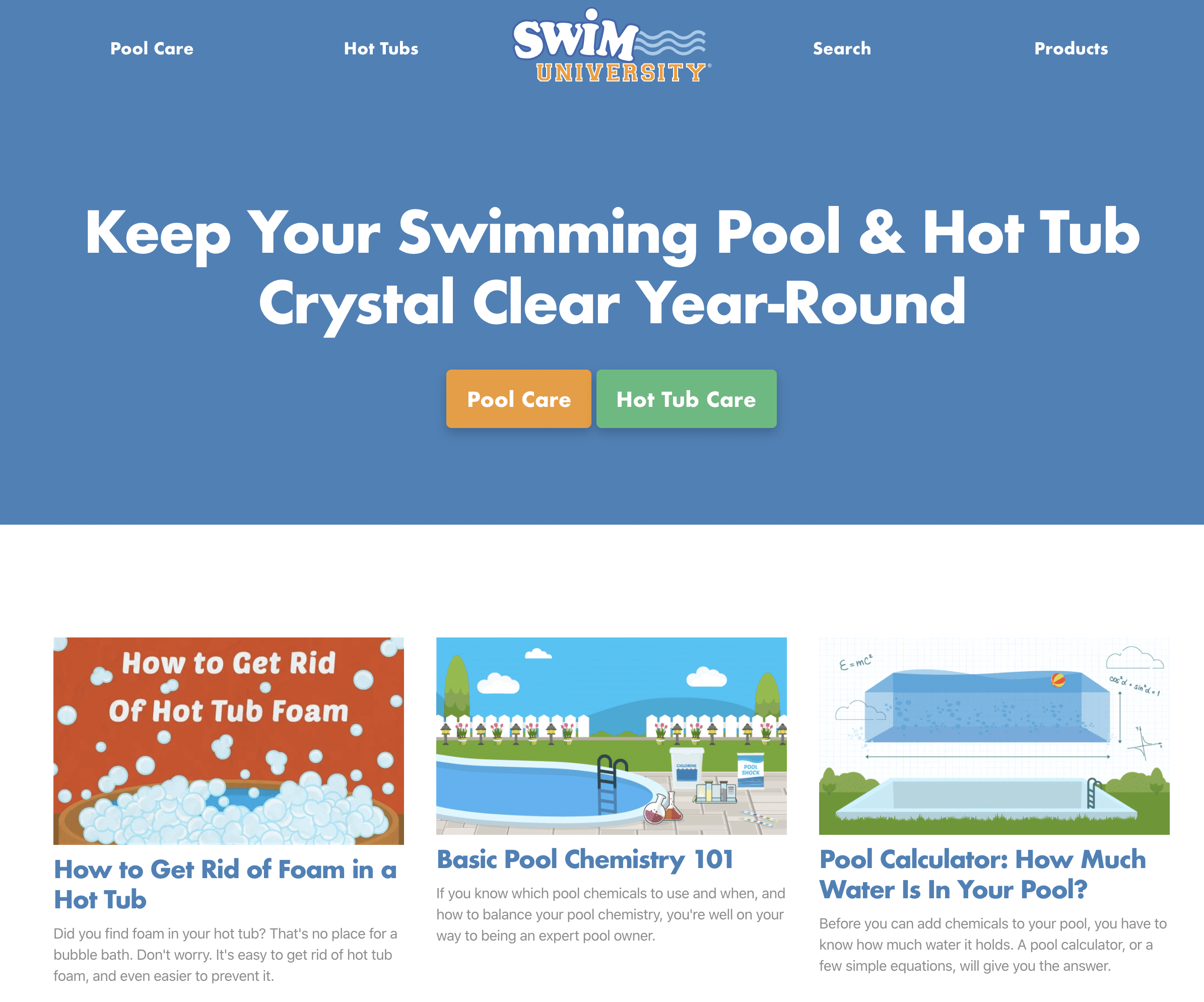 And there was no process for keeping track of over 700 affiliate links across the site. Everything was a shot in the dark.

Matt recommends the products he has used before and likes. He added those links to appropriate spots on his site but never knew if they converted or not.

And since most of his links were Amazon, the reporting was hard to obtain without doing a lot of manual work keeping track of a spreadsheet.

At this point, Matt didn’t want to rely on a custom plugin anymore. He needed something that would not only keep track of all his affiliate links the way SimpleURL did, but also allow him to display them.

He figured there had to be something on the market that met all of his needs. It turns out, Lasso was it. Earn Trust and Get More Clicks

Lasso lets you showcase your affiliate links in beautifully designed displays. When your visitors see a descriptive product box, they're more likely to click because they know where they're going.

Can You Make Money With a Pool and Hot Tub Site?

When Matt started using Lasso, it was because it did everything he needed as an affiliate marketing plugin. Other tools were similar to SimpleURL or Pretty Links.

And those didn’t allow him to create display boxes. He had to rely on a slew of different tools to accomplish this, including his half-baked plugin.

Plus, another worry was what if a product link broke or was out of stock? He had another plugin called WP Link Status Pro to help.

And he had to use a third-party tool outside of WordPress to check for out-of-stock products.

I was using 3-4 plugins PLUS I STILL had to keep a freakin’ spreadsheet!

What won Matt over was the ability to add link displays. He attributes most of his affiliate marketing success to displaying links with a title, image, price, and a custom description leading people to click.

Success came quickly too. It immediately made sense to him, and it only took a single day to set up. Being able to import all his links over from SimpleURL and his custom plugin made it easy.

He started setting up displays and adding new affiliate links where it made sense across his site.

His Amazon affiliate link conversion rate increased by 20%. When he tells other affiliate marketers this, they say it’s high and he’s proud of that.

He attributes that to displays and adding his product descriptions leading people to click the link. It’s all about how much people trust what you’re selling them. His displays build trust similar to the way big sites like WireCutter.com do.

In a single year, Matt was able to increase his affiliate revenue from $40,000 to $140,000. It was a combination of an increase in traffic and adding more affiliate link displays strategically across his site.

I am constantly asked by visitors how I create those beautiful display boxes. Lasso, baby!

After trying a plethora of plugins, he says there are some great ones out there that do one thing very well. But from his experience, there are no plugins that can do everything an affiliate marketer needs to run their business efficiently.

Our creations in your inbox, weekly.

We've built multiple six-figure online businesses that our moms are proud of.
We'd like to help you do the same.

Candice Elliott has written hundreds of articles about all things money, wellness, and flawlessly finding gifts to match any occasion. She’s also penned three books as a ghostwriter. If you’re lucky, you might catch her sipping on something delicious in New Orleans, the city she calls home.

Ready to Increase Your Affiliate Income?

Install Lasso and start finding opportunities in under 10 minutes.